So I did what any good bookstagrammer would do – I took to Instagram and asked for advice. And man!, did I get responses. You guys are SERIOUS about your tea! 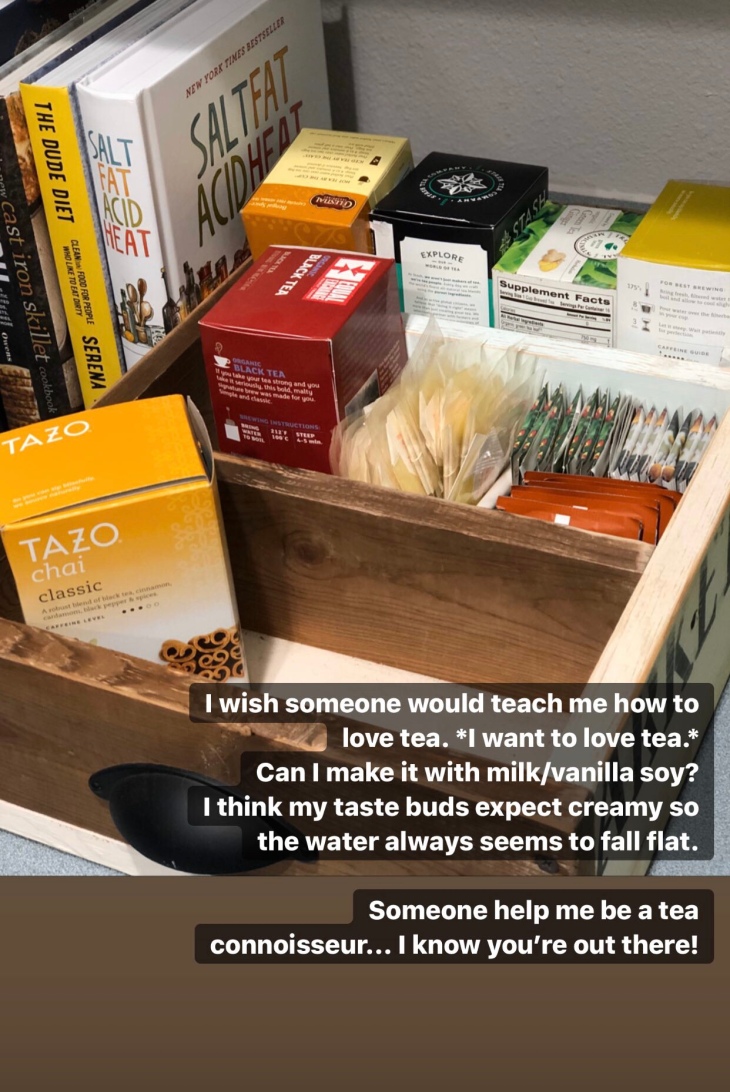 I thought I’d share some of the repeated responses I received in case there’s anyone else out there looking for tea help (and I know there are because many of you commiserated with me about not particularly liking tea.) So maybe some of these hints will help you out too:

These are the rules, people!

I don’t think I’ll ever be beyond the point of adding so much honey and cream to the cup that it really can’t even be called tea anymore. I suppose that’s how young coffee drinkers start out, right?

Do you have any additional tips for us Tea Wannabees?